Laguna Beach, CA…Laguna Playhouse Artistic Director Ann E. Wareham and Executive Director Ellen Richard are thrilled to announce that two comic legends, RITA RUDNER and PAUL RODRIGUEZ will star in the hilarious and heartfelt comedy, BAREFOOT IN THE PARK, written by Neil Simon and directed by Michael Matthews. Comments Artistic Director Ann E. Wareham and Executive Director Ellen Richard, “To have not one, but two comedy icons sharing our stage in the upcoming revival of Neil Simon’s classic comedy certainly makes this one of the theatrical events of the new year! Our subscribers and audiences are in for such a treat with this fresh look at the story of a free-spirited young woman and her much less spirited husband.” BAREFOOT IN THE PARK begins previews on Wednesday, February 26; will open on Sunday, March 1 at 5:30pm and runs through Sunday, March 22, 2019 at the Laguna Playhouse, 606 Laguna Canyon Road in Laguna Beach.

Comedy legends Rita Rudner and Paul Rodriguez star in this Neil Simon classic! Paul and Corie Bratter are newlyweds in every sense of the word. Fresh off a honeymoon at the Plaza Hotel, free-spirited Corie and her buttoned-down husband Paul find themselves struggling to adjust to married life in their too expensive, run-down New York walk-up.

Throw in a loopy meddling mother, an eccentric Bohemian upstairs neighbor, and a double date that goes disastrously wrong, and you’ve got the perfect recipe for laughter! Director Michael Matthews (Twelve Angry Men, The Graduate) returns to direct this hilarious new look at this “bubbling, rib-tickling comedy” (The New York Times).

ABOUT THE CREATIVE TEAM AND CAST

RITA RUDNER (Mrs. Ethel Banks) has performed over 2,000 solo shows in Las Vegas since the MGM Corporation built a theatre for her in 2002. She was named Las Vegas “Comedian Of The Year” nine years in a row, in 2006 received The Nevada Ballet’s Woman Of The Year Award and in 2017 received a Casino Entertainment Legend Award. Rita’s first solo HBO special, “Rita Rudner’s One Night Stand,” was nominated for several awards, as was her eponymous English BBC television show that later appeared in the USA on A&E. Rudner’s two one-hour specials for HBO, “Born to Be Mild” and “Married Without Children,” were ratings standout and in 2008 she starred in PBS’s first ever stand-up comedy special, “Rita Rudner: Live From Las Vegas.” Rita’s most recent special, “A Tale Of Two Dresses,” is currently available On Demand. Rita Rudner has written five books, including such bestselling non-fiction titles as “Naked Beneath My Clothes” and “Rita Rudner’s Guide to Men” and the novels “Tickled Pink” and “Turning the Tables.” The audio version of “Tickled Pink” received a Grammy nomination. Her most recent book is her latest collection of essays, called “I Still Have It...I Just Can’t Remember Where I Put It.” Rita Rudner moved to New York at the age of 15 to become a dancer on Broadway. She appeared in several shows, including the original productions of Follies and Mack and Mabel. It was while in Annie on Broadway that she began exploring the comedy clubs of Manhattan. In the early 1980s, Rudner took a full-time leap from chorus lines to punch lines and was soon a regular guest on both “Late Night With David Letterman” and “The Tonight Show.” Rudner is a frequent collaborator with her writer/producer husband of thirty years, Martin Bergman. The couple’s first produced film script was “Peter’s Friends.” The film, starring Emma Thompson, Hugh Laurie, Kenneth Branagh, Imelda Staunton, Stephen Fry, and Rita, won the Evening Standard Peter Sellers’ Award for Comedy and was nominated for the Goya Award for Best European Film of 1994. The couple’s most recent play Two’s A Crowd had its world premiere at the Laguna Playhouse this September and premiered in New York last summer.

PAUL RODRIGUEZ (Victor Velasco) has been making audiences laugh all over the world (in Spanish and English) for over three decades with his unique brand of humor that is a perfect blend of his Latin heritage, the American dream and his undeniable universal appeal. As an actor and comedian, Paul Rodriguez’s multi-faceted career includes starring roles and featured appearances in over 45 films and countless television series and comedy specials. In 2019 Paul earned L.A.’s Robby Theatre Award for his portrayal of GOD in the play Steambath. Voted one of the most influential Hispanics in America and awarded the Ruben Salazar Award by The National Council of La Raza (NCLR), the largest national Hispanic civil rights and advocacy organization in the United States, Rodriguez has remained a constant force in his community and the world of comedy throughout his career. Rodriguez's film credits include “Clifford The Big Red Dog,” “Sandy Wexler” with Adam Sandler, “Pray for Rain” with Jane Seymour, “Ali” with Will Smith, “Mission Air” with Tom Arnold and Jamie Kennedy, "Without Men" with Eva Longoria and Christian Slater, "Cats & Dogs: The Revenge of Kitty Galore," "The Deported," "I’m Not Like That No More" with comedian Felipe Esparza and Disney’s blockbuster hit "Beverly Hills Chihuahua," among others. The multifaceted entertainer wrote and performed his first-ever one-man show "Just for the Record," which is available on DVD. Rodriguez has hosted several hit series, including the entertainment talk show "El Show de Paul Rodriguez," an entertainment talk show for Univision which reached over 50 markets throughout the United States and an international audience in over 17 countries. As an accomplished writer, director and producer for television, motion pictures and feature shows, Rodriguez has several hit projects to his credit including the comedy concert film "The Original Latin Kings of Comedy," which he executive produced and starred in along with Cheech Marin, George Lopez and Carlos Mencia; the feature film "A Million to Juan," which he also wrote, directed and starred in and six comedy specials for HBO. As executive producer, he recently struck comedy gold again with his Comedy Central stand-up concert DVD, “Comedy Rehab.” In addition to his many hit comedy specials in English, Rodriguez has the distinguished credit of performing the first-ever one-hour standup comedy special in Spanish, "Dime Con Quien Andas," for Telemundo. Rodriguez’s first big break came while doing comedy warm-ups for Norman Lear's show "Gloria." Lear ultimately wrote and developed a weekly series for Rodriguez entitled "a.k.a. Pablo," which is enshrined at the Smithsonian and holds the distinct honor for being the first television show about a Mexican American family on mainstream American television. Rodriguez has remained involved with various charitable, civic and educational organizations including the Hispanic Scholarship Fund, Juvenile Diabetes Foundation, Elizabeth Glaser Pediatric AIDS Foundation, League of United Latin American Citizens (LULAC) and The Leukemia Society, to name a few. Additionally, as part owner of the world-famous Laugh Factory, Rodriguez has participated in the club’s annual free Thanksgiving and Christmas dinners for the underprivileged for over 30 years. Rodriguez was honored with the Humanitarian of the Year Award by the City of Fresno for his tireless work on behalf of water conservation. As Chairman of the California Latino Water Coalition, Rodriguez was one of the driving forces behind the California Water Bond Measure coming into fruition. For more information on Paul Rodriguez you can visit www.paulrodriguez.com.

The Design Team for BAREFOOT IN THE PARK is as follows: Scenic Design by Stephen Gifford; Lighting Design by Tim Swiss; Sound Design by Kate Wecker; Costume Design by Kate Bergh; Hair/Wig Design by Anthony Gagliardi. Props Design is by Dave Saewert. Casting is by Michael Donovan, CSA and the Production Stage Manager is Art Brickman.

ABOUT THE SCHEDULE AND PRICING

BAREFOOT IN THE PARK begins previews on Wednesday, February 26; will open on Sunday, March 1 at 5:30pm and runs through Sunday, March 22, 2019 at the Laguna Playhouse, 606 Laguna Canyon Road in Laguna Beach.

There will be Talk-Backs following the performances on Saturday, March 7 at 2pm and Thursday, March 12 at 7:30pm.

For more information on all shows and programming visit www.lagunaplayhouse.com. LAGUNA PLAYHOUSE is located at 606 Laguna Canyon Road in Laguna Beach. 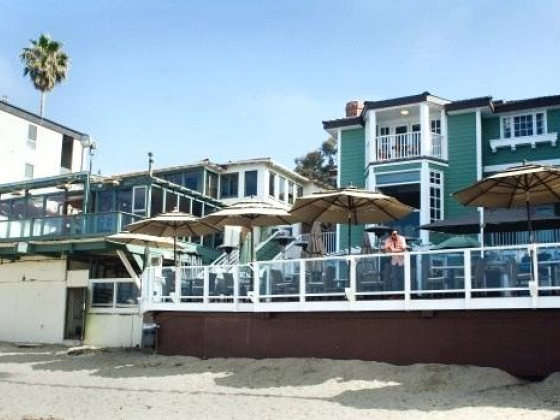 President's Day Event at The Deck on Laguna

Laguna Foundation for the Arts is hosting an art and music event from 1 p.m. - 6 p.m. on Monday, February 7th. 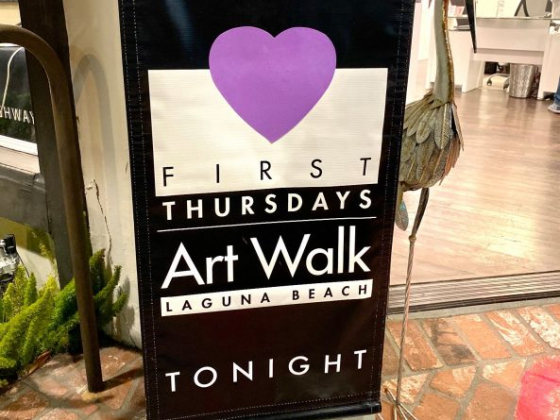 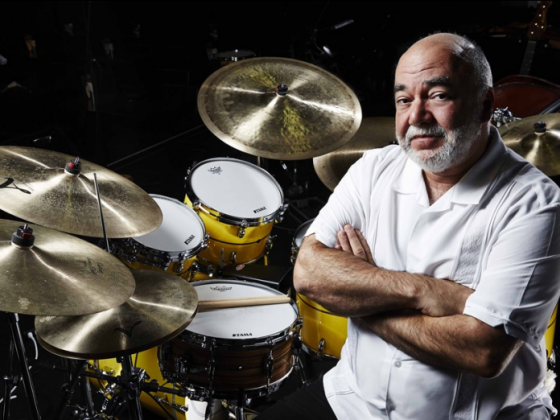 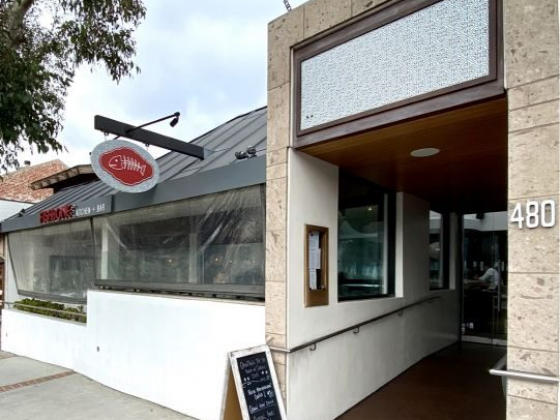 At Fishbone Kitchen + Bar, Happy Hour referred to as "Cocktail Hour," occurs daily from 3pm-6pm and 3pm to close on Monday. 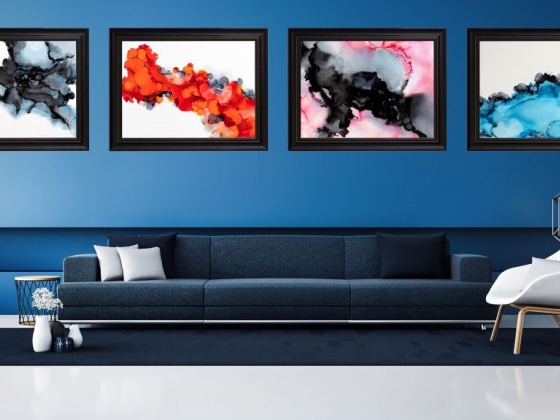 The art of Tamara Nelson

Walking into Tamara Nelson Art Gallery, one could easily spend hours making connections with her work. Nelson is a multi-faceted artist with a passion for many different mediums including acrylics, oils, inks, resins and mixed media. 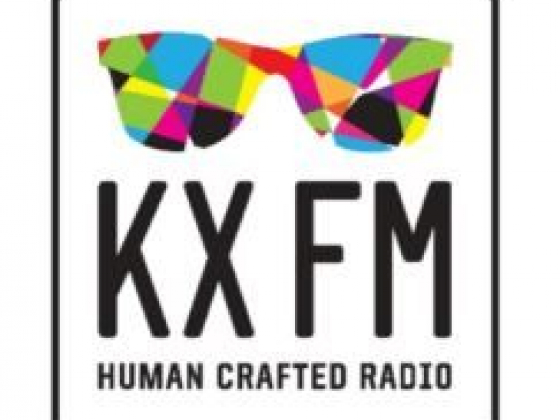 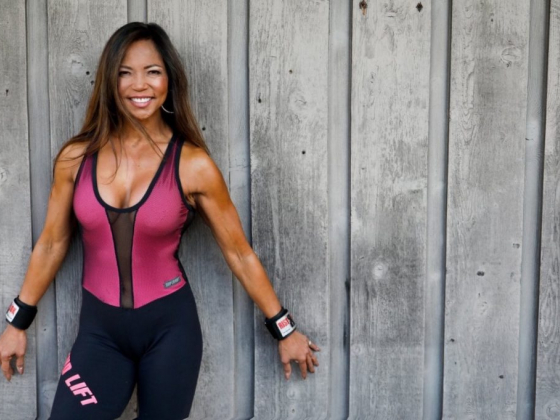 Keeping it personal with Laguna Fitness

People aren’t just getting into shape at Laguna Fitness, they are seeing life-changing transformations in their health and fitness levels. 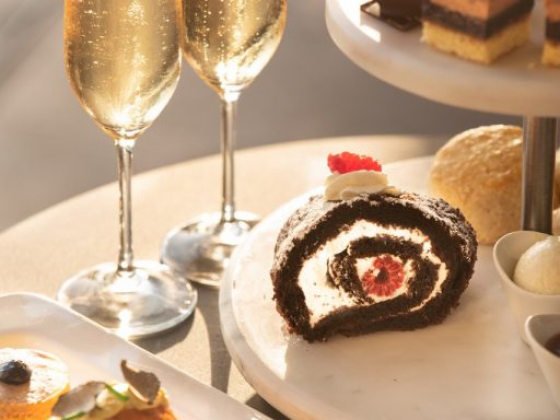 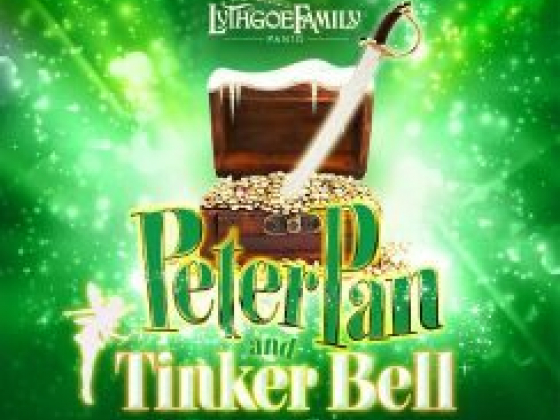 PETER PAN AND TINKER BELL: A PIRATES’ CHRISTMAS is a singing, swashbuckling adventure performed in the high-flying style of a British holiday Panto. 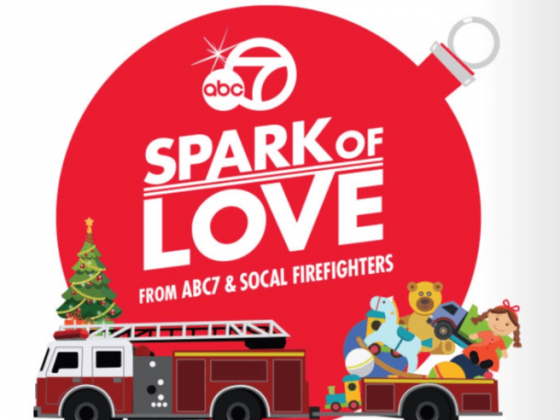 The Laguna Beach Fire Department, in partnership with Southern California Firefighters and ABC7, is again taking part in the annual Spark of Love Toy Drive. 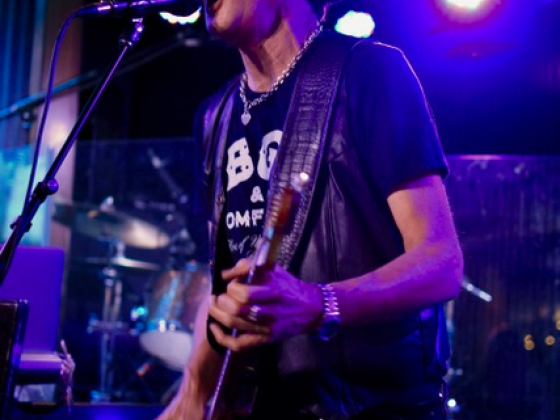 The Weekend That Was, and The Week That Will Be!

It seemed the weekend warriors were still recovering from the holidays; however, the musicians were back at it.